Homes are in short supply in the Bay Area.

Rents and home values have gradually grown year on year.

And while many experts point to the lack of inventory, it appears the problem is a bit more complex.

According to San Jose Spotlight, census data is shedding a new light on the Bay Area’s housing conditions.

These include homes on and off the rental and buyer markets.

While the number pales in comparison to the estimated 40,000 empty homes in San Francisco…

And dwarfs the estimated 1,000 in Santa Cruz… 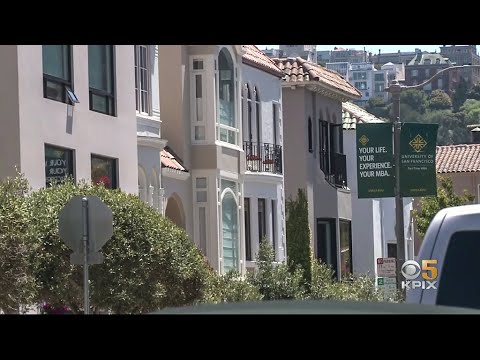 “In Silicon Valley, whether you’re building units, preserving units or talking about existing units that are sitting empty, every single home matters”

Shoor and other advocates are pushing for an empty home tax.

The hope is to encourage owners to either rent out these empty homes, or put them on the market for sale.

Efforts that have been successful elsewhere.

Shoor tells San Jose Spotlight that in 2017, Vancouver, Canada implemented a tax of 1% of a home’s value if it remained vacant.

Within a year, the city collected over $22 million in revenue, and reduced the number of vacant homes by 15%.

But Shoor explains to San Jose Spotlight it shouldn’t be the only solution:

“To build 400 homes in San Jose would cost tens of millions of dollars, and it would take years… The housing crisis requires a lot of different solutions at the same time.”

The most common idea floated by experts, building new housing, is often a costly and can run into issues at the local level.

Earlier this year, the town of Woodside blocked new a housing development in a dastardly way.

The town had originally filed for an exemption under SB9, arguing new developments could endanger the already threatened Mountain Lions on the Peninsula.

Many politicians, influencers, and media figures criticized the city’s decision, including State Senator Scott Weiner, one of the architects of SB9.

I’m all for mountain lions. I’m also for people. You know, the ones who need homes.

Can’t wait for the lawsuit against Woodside for this brazen violation of state law. https://t.co/Ig5Zc4Dik3

But in the end, it always comes down to lawsuits.

“There is no valid basis to claim that the entirety of Woodside is a habitat for mountain lions, a candidate for protection under the California Endangered Species Act… “

“Habitat is land that has the capacity to support that species, including providing food and shelter. Land that is already developed with, for example a single-family home is not, by definition, habitat. That mountain lions appear in Woodside from time to time does not make any of its individual parcels mountain lion habitat.”

Read more on this story at San Jose Spotlight.com