Ally Kiyomura’s contractions were 4 minutes apart when husband Jeffrey started driving them to a California hospital for the birth of their baby girl. He was sure they had time to get there, but Ally soon realized they did not. The baby was born in the carpool lane of Interstate 5 in Anaheim around 9:30pm on Wednesday.

“She told me to pull over because the baby’s going to come out,” says Jeffrey. In typical guy form, he responds “I said, ‘Nah, I could probably make it if I drive fast enough,’ and she was like, ‘No, the baby’s coming out now.’” She was right. In a 911 call, he’s heard telling the dispatcher that the baby is breathing—a huge relief as the couple experienced a stillbirth last year. They also have a 3-year-old daughter.

Orange County Fire Authority officials reported later that it was one of their easiest calls ever, as they only needed to do some checks, then move Ally and the baby into a waiting ambulance. They were taken to the hospital and both were doing well!

Meghan Trainor says her music must first be approved by her son: “That’s my boy!”

Billie Eilish admits falling in love is “really spooky” for her 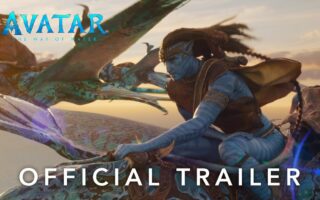 It’s December! Here’s 4 Things to Look Forward to this Month!