BTS is About To Release Their Next Album 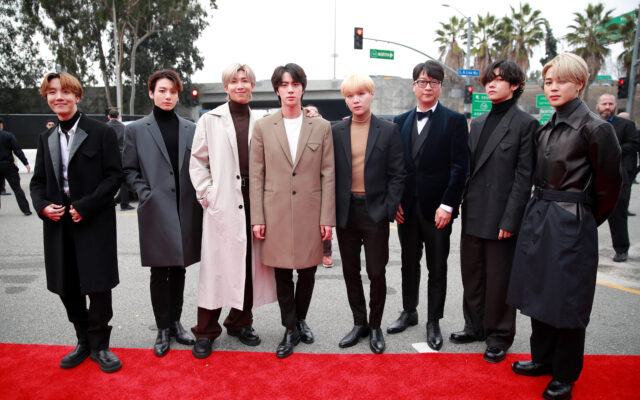 The next BTS album will be released this summer!  They just wrapped up their Vegas residency, and it looks like a big tour could be in the near future.  The guys teased the new album with a video they played at their last Vegas show featuring each one saying “We Are Bulletproof” – perhaps a hint at the album’s title, but definitely a slogan they’re living by. It’ll be the first album from BTS since their November 2020 release of “Be” – which had two #1 hits “Dynamite” and “Life Goes On”.

The group’s record label Big Hit Music made the announcement about the new album on Weverse, and posting this message:

“BTS will be back with another new album on June 10, 2022. Details on the new album will be provided in a separate notice at a later date. We look forward to your love and support for BTS’ new album. Thank you.”

I think this means there will be a new single soon!?!?