There’s quite a few that could pose a hazard to the average driver.

But some of the most deadly roadways…

Are actually (quite literally) in the Bay Area’s backyard.

According to KTLA, MoneyGeek has released their list of the most fatal roadways in the state.

The most fatal of these is in San Bernardino County:

The second deadliest? Southbound I-80 between Albany and the Bay Bridge in Berkeley.

That stretch of highway saw 17 fatal crashes in the same timeframe.

Next up, also in the East Bay — Northbound I-80 from El Cerrito to Pinole. 13 fatal crashes.

The majority of the next few entries on the list range from I-5 north of Sacramento, I-215 in San Bernardino, Route 74 in Riverside, and I-605 in LA County.

The next entry, at number 8, is in the South Bay:

Traffic struggles to Ketchup after spill on California Highway

California traffic is always in a jam.

No matter the time of day, you’ll always find yourself struggling to ketchup.

According to KRON4, drivers in the North Bay were forced to mash on their breaks Monday morning.

They needed to drive pasta massive tomato spill on the highway.

The incident happened on I-80 near Vacaville.

Tossing their delicious cargo across both sides of the highway.

While bystanders admitted the smell was delicious, it meant many drivers had to roma slowly past the scene.

And northbound from Alamo Drive to Cherry Glenn Road.

UPDATE: Eastbound lanes of I-80 in Vacaville have been cleared, but part of the tomato truck that crashed and spilled its load earlier remains in the westbound left lane waiting to be towed from the scene. https://t.co/0yAX3VkJ8L pic.twitter.com/oqAiaNbQLm

While the crash appeared to have happened relatively early in the morning, it took work crews until 11:30am to clear the scene.

And even now, drivers and residents alike say the smell lingers.

It wouldn’t be too surprising if it’s weeks before it becomes fully clear. 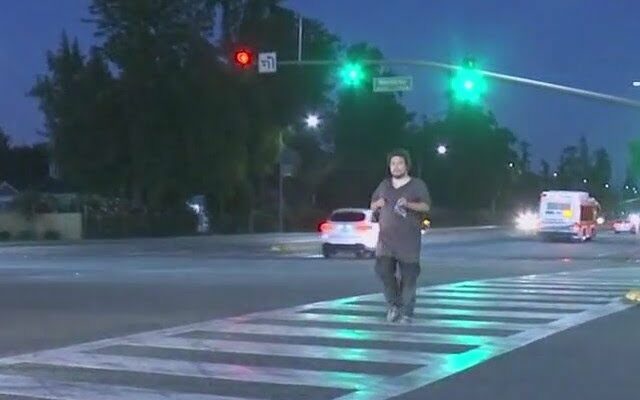 If you’ve ever driven through Gilroy, you know, it’s a scent you can taste from your head to-ma-toes.

(Okay. That’s enough puns for today. we’ll pick that back up Tomarzano)

Read more on this story at KTLA.com