Doja Cat has a new video game coming out this year.

But she will not able to play it.

According to Dexerto, the game House Party has been banned on Twitch.

So even the “You Right” singer will be unable to stream it.

Dexerto quotes the CEO of Eek! Games, who claims a double-standard is at play with Twitch’s own Terms of Service:

“We worked hard to bring our game into compliance with the ESRB ‘M’ rating guidelines, and we have the same rating as many other games that are currently being streamed on Twitch without issue”

He then cites a few games that are currently allowed that have similar content:

“We had to replace some scenes that were a bit too spicey with new ones that are more along the lines of what you’d find in games like The Witcher 3 and Cyberpunk 2077.”

And all of those games are currently some of the biggest categories on the streaming platform. 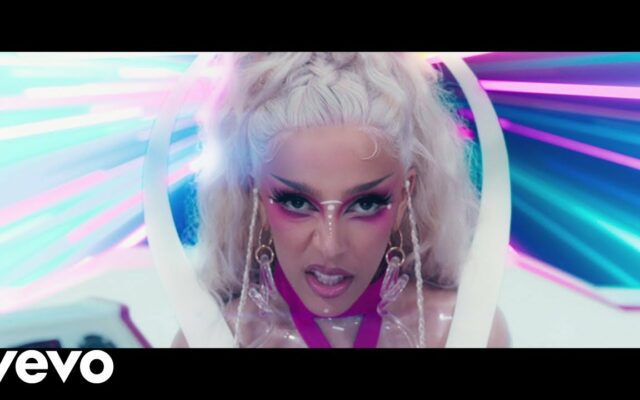 In a statement, Eek! Games said:

“Doja Cat was the perfect pick to star in our first major expansion pack, and the more we work with her, the more apparent that becomes. We are excited to be able to bring this unique experience to the gaming world with our key partners, Bravado and Epik who helped in aligning us with Doja Cat.”

In the game, the player will help Doja hunt down a “masked dancing sensation.”

They’ve allegedly added new dancing mechanics, and Doja will be getting outfits, and players will help her create a music video.

Eek! Games has said a portion of the profits will go to the charity Advancing Children For Success.

Read more on this story at Dexerto.com