Drag Queen Storytime events have been a time-honored tradition for decades.

But as tensions continue to rise among conspiracy-minded political groups, these events are increasingly bombarded with outside hate.

And unfortunately, even in the Bay Area, we’re not immune to it.

According to NBC Bay Area, a group of far-right protesters descended upon Books Inc in Campbell to disrupt the Drag Queen Storytime.

At first, they posed as audience members, taking up seats throughout the store.

As the event began, members of the group began shouting homophobic, transphobic, and conspiracy-laden slurs.

He was saying like some really transphobic stuff. Like he was calling me a ‘transvestite’ and I shouldn’t be let around the children, and the parents should be ashamed of themselves.

Thankfully, the audience members outnumbered the group, as parents and onlookers alike stepped up to put distance between them and the children.

More than one audience member used a Progress Pride flag to block one of them from continuing their tirade.

In the video, the crowd drowned out the group’s epithets with chants of “Storytime! Storytime!”

What matters is the parents who were there with their children for Drag Queen Storytime were there with love and support, and those kids are gonna have so much better and loving future because of it.

Outside, a group of Silicon Valley Pride counter-protesters formed. 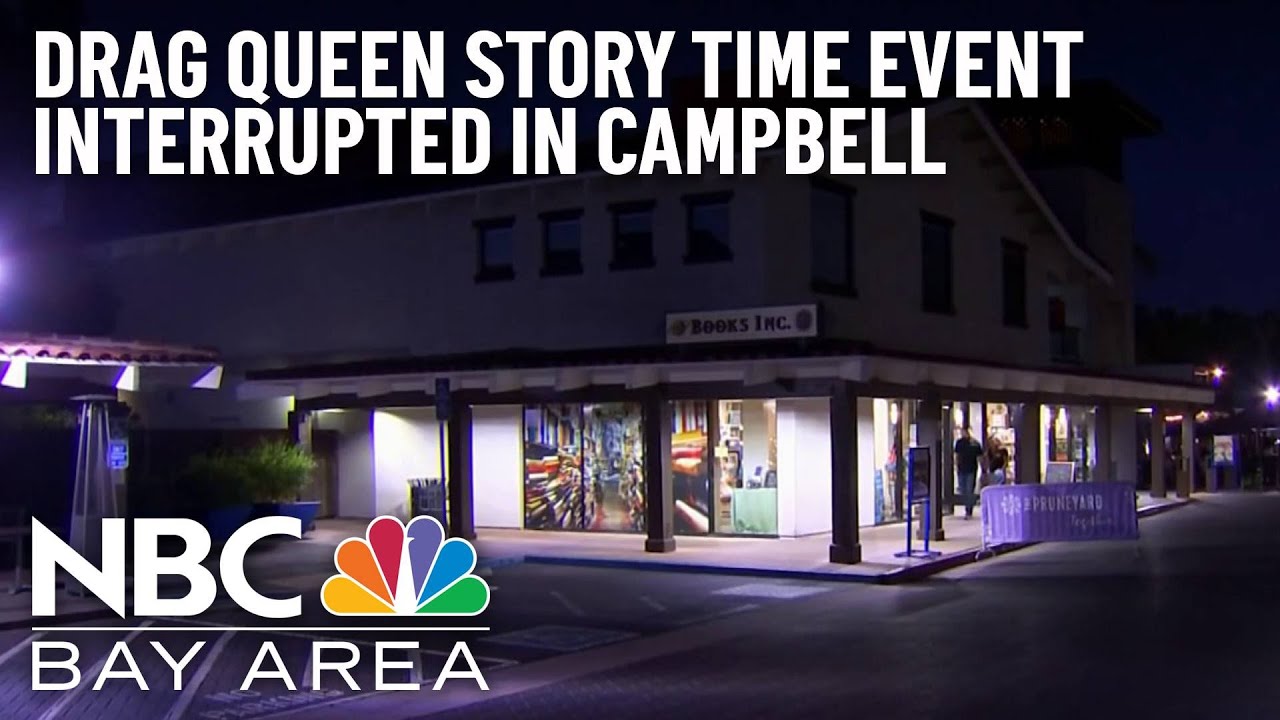 Occurrences like this are the reason why Pride and Pride organizations are important.

And the fact that this happened mere days after a massive celebration of love and acceptance is infuriating.

We will never stop uplifting marginalized voices, we will never back down from bigotry and hate, and we will always fight to protect our communities from these types of attacks.

It appears that many of the group associated with this disturbance were from out of town (one person I spoke to described a shirt one of them was wearing, which matched a church in Salinas).

This isn’t the first time this has happened, and it may happen again in the future.

But there are far more of us than there are of them.

And we will never back down.