Meta may be trying to create a “metaverse.”

But their new store is decidedly more physical.

According to SF Gate, Facebook’s parent company has finally launched their first ever physical retail space in the Bay Area.

Specifically, in Burlingame, near the Facebook… errr… META campus.

It appears the store isn’t outwardly publicizing any untoward use of your data.

But don’t let that deter you from caution.

According to CNBC, who spoke to Martin Gilliard, Head of Meta Store:

“What we will learn from this store will help inform if we continue to do more of these, but what we’re really looking for is the ability to tell a story and to get the feedback from the consumer.” 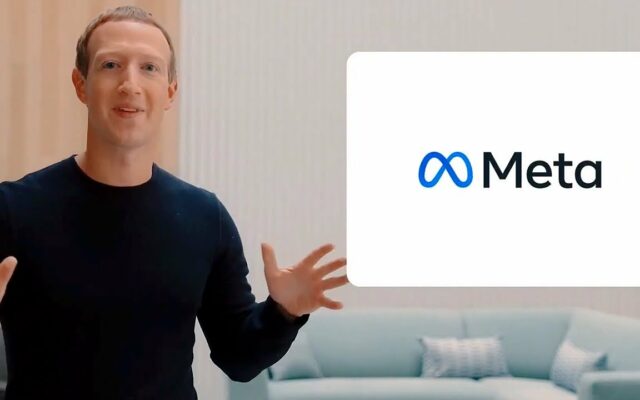 Aside from a different color scheme, you’d almost mistake the space for a knock-off Apple Store.

But there are quite a few other physical doodads and gadgets around.

But the main driver appears to be their virtual reality device, the Quest 2.

There’s a giant wall with a virtual touchscreen showcasing several VR gaming titles, some for demoing, and others just promising future releases.

And that’s… about it.

“We built the store to feel like home, to feel like work, so that you could actually easily apply how this experience translates into how to actually use it in the real world.”

Meta has made no other announcements indicating whether they’re planning to open more of these stores in the future.

They’d add an entire section dedicated to your in-laws screaming at you about politics.