The “Full House” house in San Francisco is an iconic tourist spot.

And if you believed what you saw on Zillow, it could have been yours for a cool, cool $37 million.

According to the SFist, the initial reporting came from ABC7, who claimed to have seen the listing on Zillow.

Unfortunately, this was before Zillow released a statement:

“We discovered a ‘For Sale By Owner’ listing was illegitimate after it was posted, and have since taken it down. We apologize for any confusion this may have caused”

The most recent “Zestimate” (Zillow’s “best estimate” of the home’s market value) lists the current home value as approximately $6.5 million.

Interestingly enough, that’s about twice as expensive as the median home in Cupertino.

Which is significantly higher than the previous owner’s purchase at $5.35 million.

“Our teams use a number of different tools to prevent inappropriate content from publishing in the first place, but if a listing is found to be fraudulent after it’s posted, our team takes steps to remove it”

The area surrounding the Full House home might not exactly be “cheap” by any standards.

But it’s significantly less expensive than its’ most famous home. 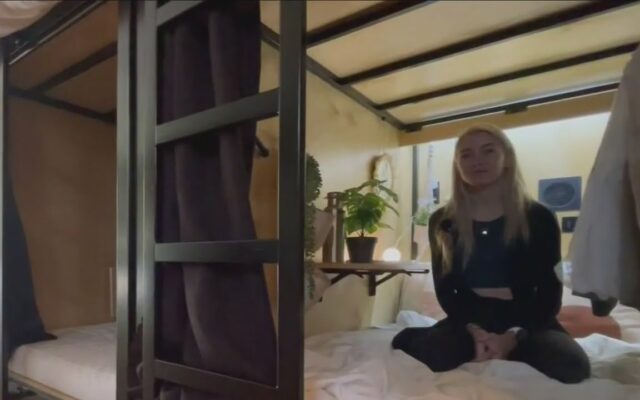 It really is no wonder why many in the Bay Area are becoming desperate for affordable housing.

Last week, a local startup made the news for their unique solution to affordable rental housing.

Essentially, these are bunk beds.

Made of plywood with a steel frame, giving each a kind of DIY Ikea-style feel.

Read more on this story at SFist.com