Getting any kind of discount at a gas station would be nice.

But several customers in Northern California received something a little more than “nice.”

According to CBS Sacramento, a station in Rancho Cordova mistakenly handed out barrels of discounts.

When customers begrudgingly went to fill up at the pump…

Allegedly, the steep discount was the result of a computer glitch.

But it wasn’t long before word got out.

“It turned into a circus within a matter of minutes”

Why are gas station prices so high?

According to GasBuddy, the national average for a gallon of gasoline is currently $5.01

They note that crude oil prices are trending downward nationally.

Unfortunately, issues in production in Libya, Nigeria, and Iran are destabilizing the cost. 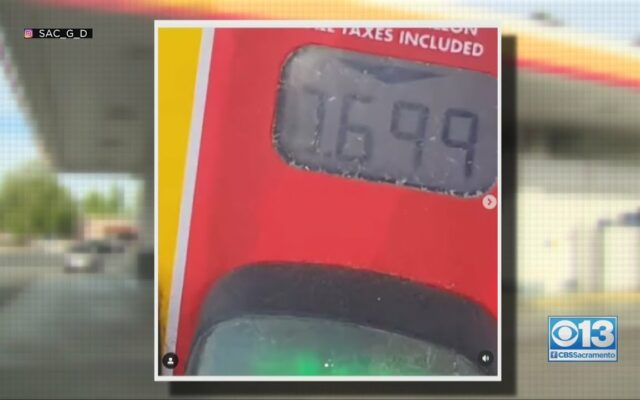 Still significantly lower than the record, which was in June 2008, when crude oil spiked to $140 per barrel.

At that time, gas had hit an all-time high of the currently pedestrian sounding $4.11 per gallon in California.

Interestingly enough, adjusted for inflation, this comes out to just $5.58 per gallon.

“Gasoline demand, while rising seasonally, is still well below previous records, but remains impressive with prices in all states at record levels.”

But when will things begin stabilizing?

DeHaan explains, it all comes down to demand:

“Should the rise in price finally start to slow demand’s rise, we could see some breathing room, but for now, it seems like Americans are proving resilient to record highs”

In the meantime, we’ll all just have to hope for more computer glitches.

Read more on this story at Sacramento.CBSLocal.com