Harry Styles is a man with many gifts.

His beautiful voice, his effortless charm, and his shaggy, lustrous locks being just a few.

But it turns out he may be hiding a secret.

According to Bustle, users on TikTok are a flutter with the most recent accusation…

Harry Styles is wearing a toupee.

The famous (or infamous?) pop culture account DeuxMoi has been posting extremely juicy tidbits for years.

While it’s unclear where the rumor originated (an Instagram story? DeuxMoi’s novel Anon Pls?), users on Reddit were quick to jump on it.

“This A list musician/occasional actor has a dirty little secret he hasn’t shared with fans. Literally! He has gone almost completely bald. His hairpiece is so lifelike that only a good eye could pick it out, and that’s on a bad day. However, he doesn’t take it off and clean it enough.”

Users were quick to point out Machine Gun Kelly doesn’t exactly have the same type of “A-List” appeal as others, so he’s clearly not the one.

However, with his recent successes in the acting field, someone else fits the description quite perfectly:

But everyone clearly wants it to be Harry on Reddit.

But is there evidence?

And as Reddit goes, so too goes Tumblr and TikTok eventually.

Which is where the Harry rumors really took off.

TikTok user “@abbi.henry” details some of the baseline evidence for “Baldarry”

“If I find out we are being robbed of bald Harry era, I’m going to throw hands”

The only evidence, it appears, is a photo of Harry jumping on the stage, and it appears to show what looks like his hair leaping from his head.

The photo is exceptionally grainy, so it’s possible it’s a trick of the light.

A video is also being cited, showing Harry adjusting his microphone, and appears to lift the hair on the back of his neckline.

So, not so hard evidence of Bald Harry Styles

Neither are particularly convincing, as @allthelovesoph details in her own video:

To be fair, many celebrities wear hairpieces, extensions, and volume enhancers.

But in this case? Probably not.

Even if it was true, we probably shouldn’t be trying to “out” any celebrities with fake hairlines. 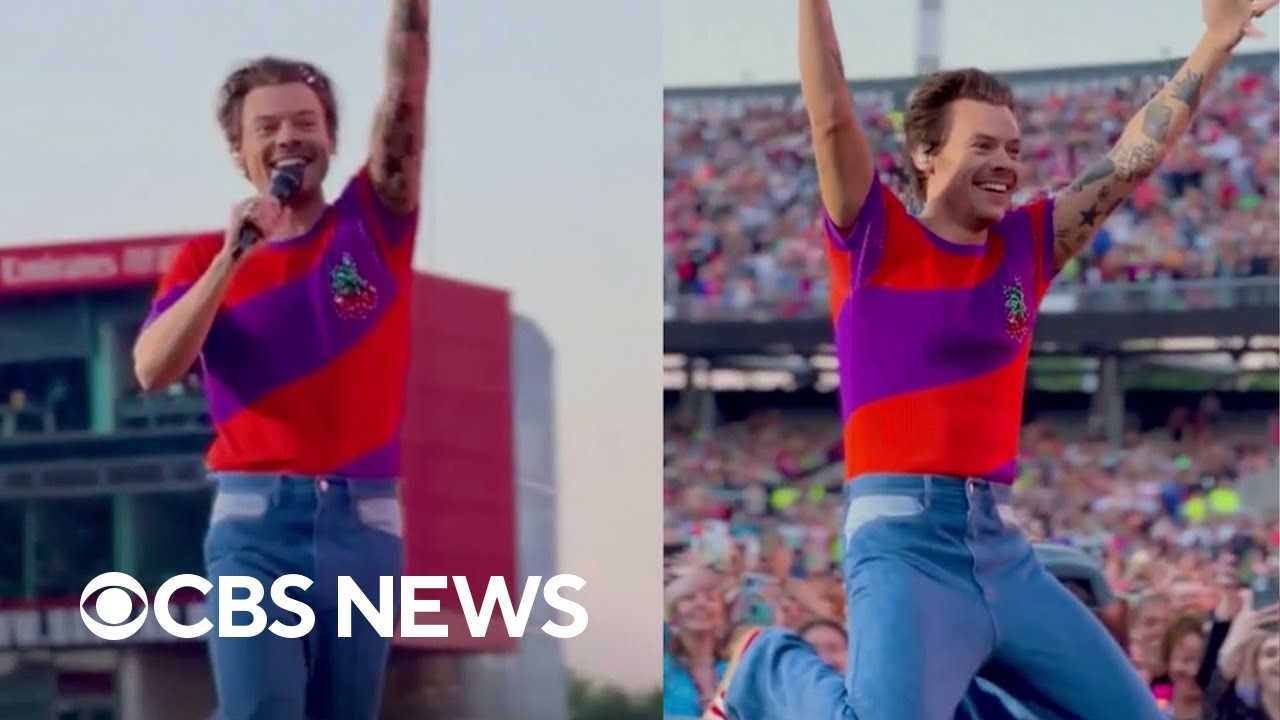 Read more on this story at Bustle.com