Some eagle-eyed fans are convinced he’s using an obscure account with only 6 videos.

According to TikTok user @alltehlovesoph, the account “@suemonella” may be Harry incognito.

In her first video, @allthelovesoph notes the first obvious clue:

The Spotify plaques congratulating someone on 1 Billion streams.

If you watch closely, there’s even a moment where the camera slides across a stack of paper with the words:

It turns out, there’s even more evidence!

A few of the accounts “@suemonella” follows suspiciously feel like plants:

At the time of this writing, the account has over 500 thousand followers and nearly every video has over 1 million views. 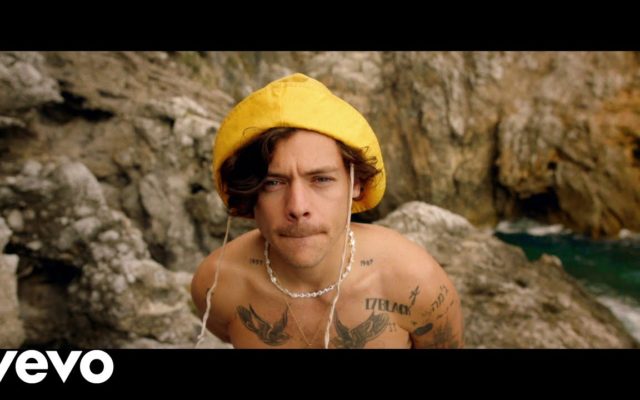 According to the Sun, Harry was recently spotted in London filming a new music video.

The Sun quotes an anonymous insider who says:

“What they’re planning is pretty ambitious… he has enlisted the brains behind his Watermelon Sugar video to shoot it.”

Adding all the evidence together paints a pretty clear picture.

Harry Styles could be releasing his 3rd album very soon!

Read more on this story at TheSun.co.uk

10 hours ago
Connect With Us Listen To Us On