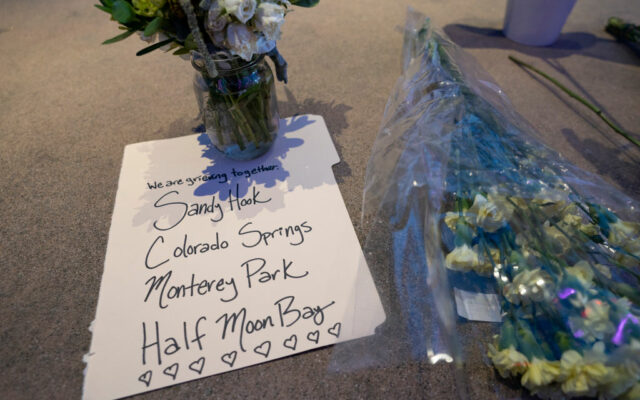 HALF MOON BAY, CA - JANUARY 24: Flowers and a card sit in a makeshift memorial to honor mass shooting victims on January 24, 2023 in Half Moon Bay, California. Seven people were killed and one critically wounded in shootings at two separate locations in Half Moon Bay on January 23. (Photo by Liu Guanguan/China News Service/VCG via Getty Images)

Half Moon Bay is a treasure of the Bay Area. I love everything about it. The beaches, restaurants, hikes, small shops, pumpkins, Christmas Trees…and most importantly the people. I’m in Half Moon Bay quite a bit because I have close friends that live there. It’s one of my favorite places to hang out in the Bay Area. My heart dropped when I heard there was a mass shooting there on Monday.

If you’re looking to help the victims and their families please click this link and donate to either organization.

Nick Carter countersues woman who accused him of 2001 sexual assault, accuses her of extortion