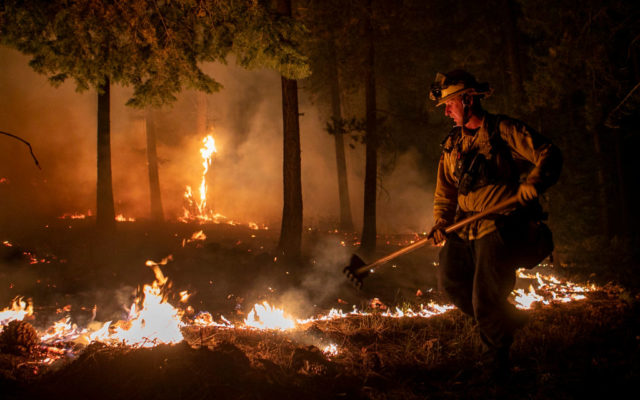 Lake Tahoe is my favorite place on earth. I’ve been going to Tahoe my entire life. My radio career might’ve even started there before I was born. My dad was a radio DJ in South Lake Tahoe in the early to mid 70s. I wasn’t around then but the stories and pictures my dad has of working in radio left a big impression on me.

This week has been especially tough with the Caldor Fire heading right toward South Lake Tahoe. I’ve been obsessively checking all the Tahoe webcams, Cal Fire maps, and twitter to track it’s path. Seeing pictures like this house burning in a hellish blaze have terrified me.

When I was growing up my family would ski and later snowboard at Sierra-at-Tahoe. I took my son there this past February for his first snowboarding lesson. Here he is shredding the gnar!

It was especially hard to watch as the fire reached Sierra-at-Tahoe. I can’t tell you the extent of the damage that the resort received but I’ve heard reports that firefighters were able to save all of the structures.

Sierra-at-Tahoe even used their snowmaking machines to spray water on their buildings to save them. Kirkwood and Heavenly are doing the same thing right now as the fire creeps closer to them.

The work our firefighters are doing to keep the fire from reaching the homes and businesses in South Lake Tahoe is incredible. I hope you’ll join me in donating to the California Fire Foundation. They provide emotional and financial assistance to families of fallen firefighters, firefighters, and the communities they protect. – Marc Acton 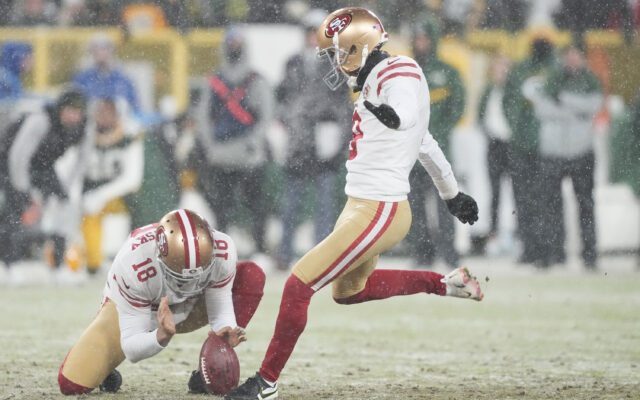 The Ban is Lifted! If You’ve Got the $$$ You Can Now Buy 49ers Tickets for the NFC Championship in LA!

“Spider-Man: No Way Home” Now The Sixth-Highest Grossing Movie OF ALL TIME

20 hours ago
Connect With Us Listen To Us On