Looks like lots of people are interested in reading juicy royal family gossip!  Prince Harry set a record with his tell-all memoir, Spare, after the English language version sold more than 1.4 million copies on its first day of publication. The sales included all formats of the book — paper, audio and electronic — in the US, Canada and the UK.

Harry’s 410-page memoir officially went on sale on Tuesday, with some stores in London opening at midnight in anticipation of high demand. Copies of the Spanish version were released days earlier, leading to tons of coverage in the global media. Random House also confirmed that the first U.S. printing of Harry’s memoir was 2 million copies — and now the book has “gone back to press for additional copies to meet demand.”

Harry said everyone from his parents to the Queen and Prince Philip used “the heir and spare” as shorthand to refer to him and Prince William. “The Heir and the Spare — there was no judgment about it, but also no ambiguity,”  “I was the shadow, the support, the Plan B.” He covers how William wanted to Harry to pretend he didn’t know William when they were at Eton school. How they felt about Camilla, and a scandalous costume he wore to a party in 2005. 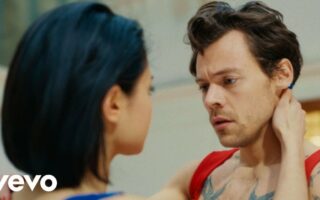