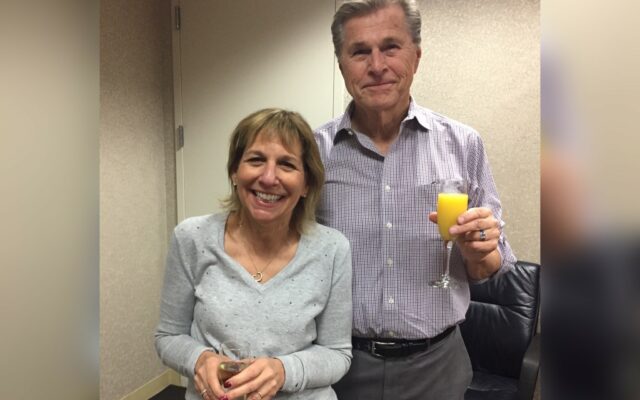 San Jose has had its fair share of legends.

And two of them will be reuniting.

According to the Mercury News, the former KBAY morning show duo Sam Van Zandt and Lissa Kreissler are together again at a special ceremony in San Jose.

If you grew up in the Bay Area, you’ll instantly recognize Van Zandt and Kreisler’s voices.

While the duo were on KBAY for 12 years, their roots go much further back.

Lissa began her radio career at KLOK in the news department.

In 1988, when the station flipped formats, she joined KBAY as a news reporter.

Soon, she began hosting mornings, where she remained a fixture on the station for the next 30 years.

Sam is a San Jose native who began his radio career narrating a high school program on KSJO, before starting his very first job at KPER in Gilroy.

In 1972, he began his legendary tenure at KCBS, KIOI, and others in San Francisco.

In 2005, he and Lissa began the “Sam and Lissa” morning show. While he officially retired in 2016, he continued overseeing public affairs through 2018.

Since 2017, Lissa has been hosting “Community Storytelling” on KCAT-TV15 in Los Gatos.

Read more on this story at MercuryNews.com

Shania Twain is open to collaborating with Harry Styles: “That would be awesome”