The Last of Us is still one of the greatest video games of all time.

The award-smashing 2013 PlayStation game blurred the lines between film and gaming with an irresistible story of hardship, trauma, and family.

And now, we’re finally getting a glimpse of the television adaptation from HBO.

According to Deadline, the show stars Pedro Pascal (the titular Mandelorian in the Disney+ series) as Joel…

And Bella Ramsey (fan-favorite Lyanna Mormont from Game of Thrones) as Ellie.

But as the trailer suggests, there’s a much, much bigger cast.

The official cast of The Last of Us

Just like in the game, Tommy is described as “an idealistic former soldier.”

You know Anna as Olivia Dunham from the incredibly underrated series, Fringe.

Merle Dandridge will reprise her role as Marlene from the games.

Also of note, Nick Offerman (the incomparable Ron Swanson from Parks & Recreation) will play the paranoid Bill, a former business partner of Joel’s.

Troy Baker and Ashley Johnson, the voice actors who play Joel and Ellie in the game, have also joined the cast.

(Though the studio is being tight-lipped about who they may play).

The Last of Us tells a different kind of zombie story

According to the press release, the series takes place 20 years after a deadly virus destroys the modern world.

One of the side-effects of the virus, as you can see in the trailer, is that it turns normal humans into mindless zombie-like creatures called “Cordyceps.”

The show, like the game, follows Joel and Ellie as they escape quarantine and search for the elusive Fireflies (an organization searching for the cure to the virus).

Last of Us, the first game, is a brutal, bloody, depressing affair, and based on the trailer, it looks like the series is going to follow suit.

Interestingly enough, the trailer is using the exact same music (Hank Williams’ “Alone and Forsaken”) from the very first trailer of Last of Us Part 1.

It’s shaping up to be an extremely faithful adaptation.

No official release date has been set, but HBO says it will premiere on HBO Max in 2023. 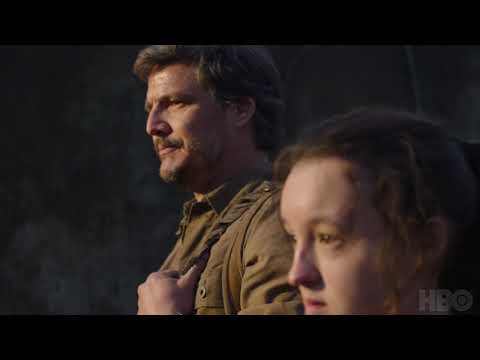 Read more on this story at Deadline.com

Jennifer Lopez announces new album, ‘This Is Me…Now,’ coming in 2023

Watch Pink Ask Brandi Carlile ‘Will You Come On Tour With Me?’