The chances of being attacked by a shark are extremely slim.

There have only been 333 reported cases of shark attacks.

Time to increase that number to 334.

According to KRON4, a swimmer off the coast of Pacific Grove in Monterey Bay is recovering after a recent attack.

The man, Steve Bruemmer, was enjoying the afternoon sunshine, basking in the brisk breeze off the ocean.

While he didn’t normally swim on Wednesdays, he figured, with the weather being so nice, he’d take the opportunity for a dip.

When he was about 300 feet from shore, he suddenly began to scream. 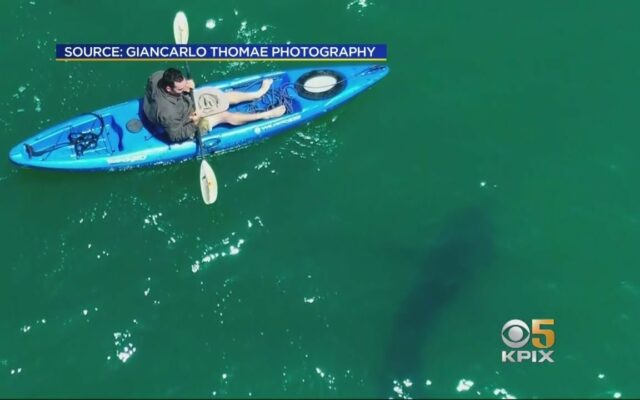 “A lot of tourists cry wolf and cry out ‘shark!’ It’s rarely the case. It’s usually a dolphin. But this guy continued to scream frantically. I saw the pool of blood around him so I knew it was real”

Within moments, Braddock and two standup paddleboarders were able to reach Bruemmer, and pull him to safety.

“His leg wound was the most pronounced, his bone was fully showing. Most of the damage was on his stomach the front side”

The bite marks on his body ran from his arm to his leg.

Witnesses on scene described the shark as “very large.”

Shark experts who analyzed his wounds agreed that it must have been approximately 20 feet long.

Sharks, generally, do not attack humans.

Nevertheless, officials closed the Pacific Grove beaches for the rest of the week, with clear posted signage warning of sharks.