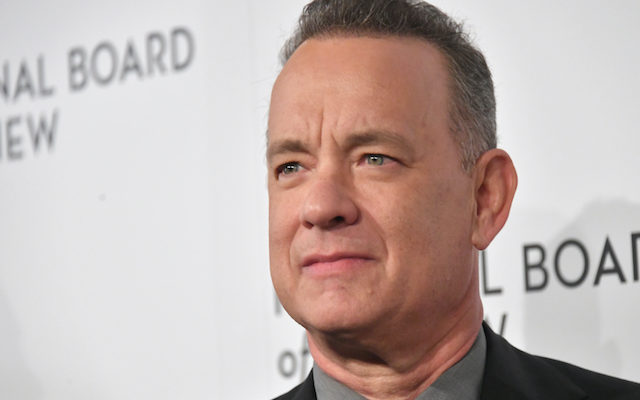 Tom Hanks has a new job – selling hot dogs at Oakland A’s games.
Of course, nobody’s actually buying any hot dogs at MLB games right now, since there are no live crowds due to the pandemic. But Hanks contributed some voice lines to the ambient crowd noise that gets pumped in during the game, selling hot dogs, peanuts, and programs.
It’s a full-circle move for Hanks, who grew up in Oakland and used to sell peanuts at A’s games as a teenager in the 1970’s.

The A’s open up their season tonight in Oakland against the Angels.  First pitch is 7:10.  LET’S GO OAKLAND!

East Bay’s own @tomhanks is reprising one of his first roles as a Coliseum vendor! See if you can hear him mixed in with the crowd noise during tonight’s #OpeningDay broadcast.#RootedInOakland pic.twitter.com/o84TzuTLiX